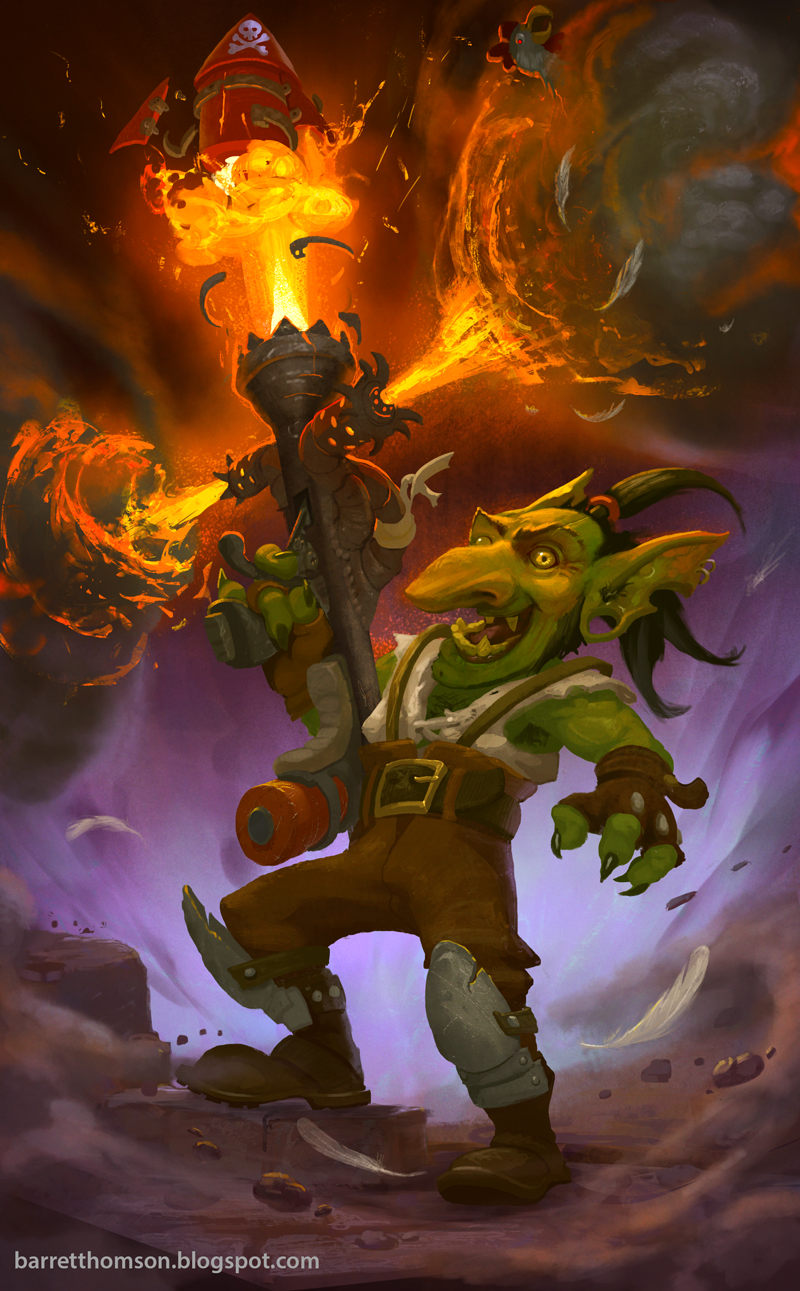 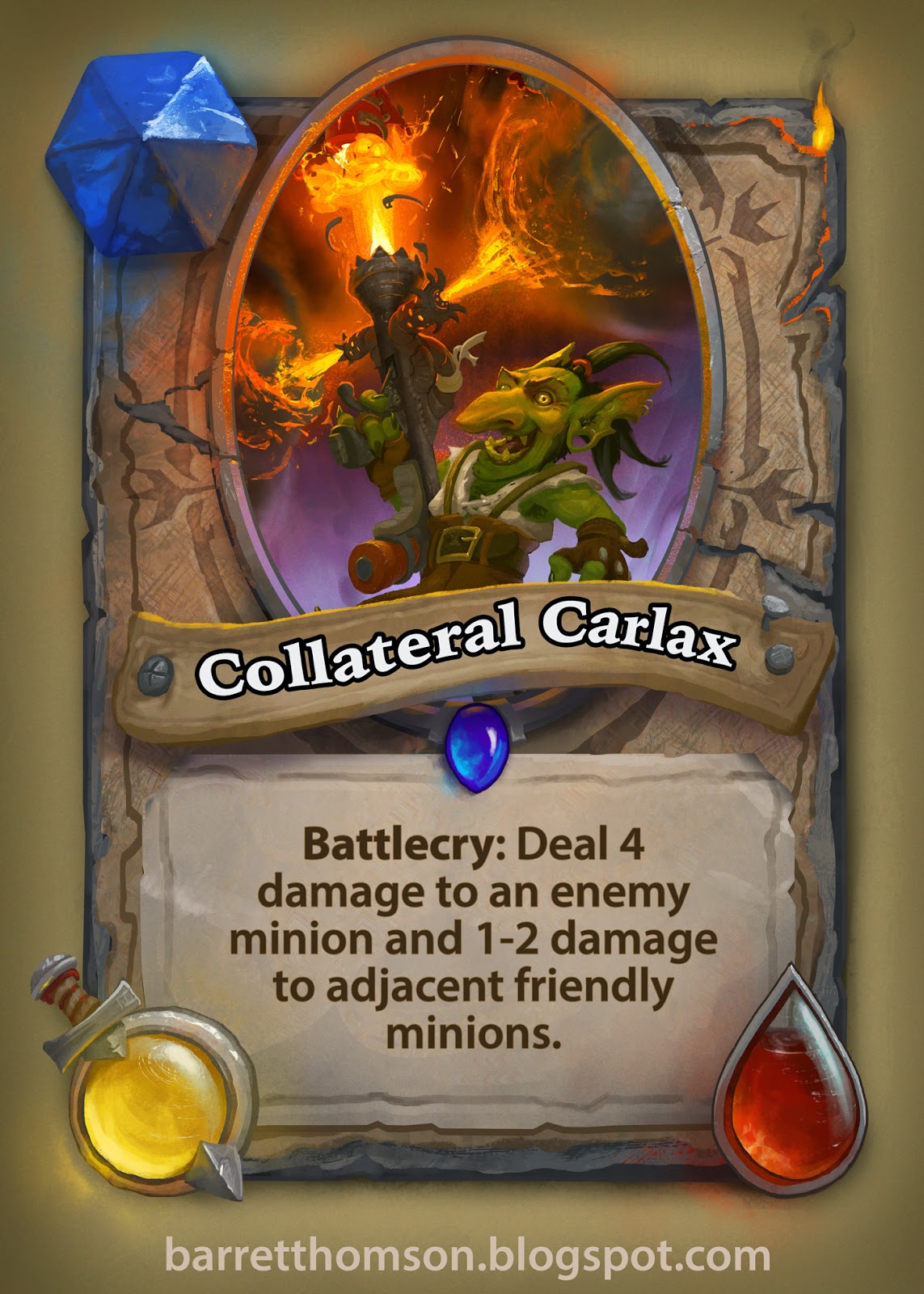 Hello all! It's about time I've been able to update this blog with some personal stuff. It's been ages! Doesn't mean I haven't been busy though. The top image was done for the Hearthstone Challenge - Goblins vs. Gnomes. It was great fun coming up with a new card. The next image is a little comp I made up to show what his power is. Thanks for watching!

"Carl as he likes to be called, thought a lateral exhaust system for his launcher was such a great idea. In his mind he was just trying to protect the hero from the backfire. Little did he know, minions next to him would get the brunt of his 'new and improved' exhaust system. The Enraged Chicken was Carl's only friend... It's a sad day."